As the last global social media platform still available in Russia, TikTok has a powerful role in influencing Russian public opinion regarding the war in Ukraine. Last week, we released our second report into TikTok’s activities in Russia since the start of the war, which was picked up by The Washington Post, Tech Crunch, Wired and NPR. 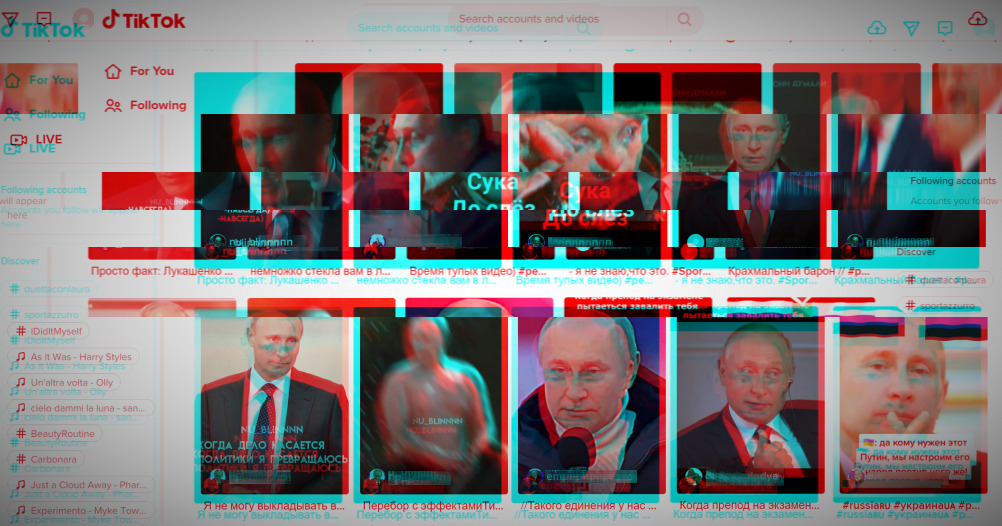 The report’s main findings were:

Temporal distribution of content posted from Russian-based TikTok accounts, on a sample of pro-war and anti-war hashtags, from February 20 to April 5, 2022.

This was reported by Will Oremus at The Washington Post as: “TikTok created an alternate universe for Russians.” His powerful, detailed feature uses our team’s findings to get to the heart of how the view of the war in Russia came to be distorted, and what might be at the root: a pull between business continuity and compliance to Kremlin demands. TikTok are given the opportunity to choose truth, transparency and accountability:

TikTok acknowledged that it has blocked Russian users since March 6 from seeing any content from elsewhere in the world, even old content — a measure the company says it took to protect its users and employees from Russia’s draconian “fake news” law, passed March 4. Spokesperson Jamie Favazza also said the company has not “made any changes to our service in Russia since March 6,” though when pressed on the apparent March 26 stoppage of content, she added that “with respect to implementation, we continue working to enforce those changes.”

The Washington Post Editorial Board followed up this article to cite our report in its opinion piece Friday April 15, titled “TikTok is failing Russian citizens”. From Wed 20 April for 2 days The Washington Post is dropping its paywall, and we recommend you read both pieces in full.

The findings of our initial report in March and this follow up report unequivocally show that TikTok is not being transparent about its actions in Russia. Its opaque policies have been enforced inconsistently, and the result is that pro-war content has flourished in Russia while simultaneously they have blocked Russians from viewing content from the rest of the world. Russians may have a distorted picture of the war in Ukraine because of TikTok’s decisions.

Today we release our second report into TikTok's actions in Russia, and their impact on the war in Ukraine. This time we looked at how the balance of pro-war and anti-war content available on TikTok in Russia changed during the first month of the war: https://t.co/eaQ9CzmKki pic.twitter.com/sukgiOVxp5

This is the latest example of the tragic real world consequences that opaque social platform policy decisions have. TikTok must clarify its content policy in Russia and give data access for public scrutiny, without delay.

In response to the scrutiny TikTok received from us and others, it made changes in the month following our initial March 15 report: 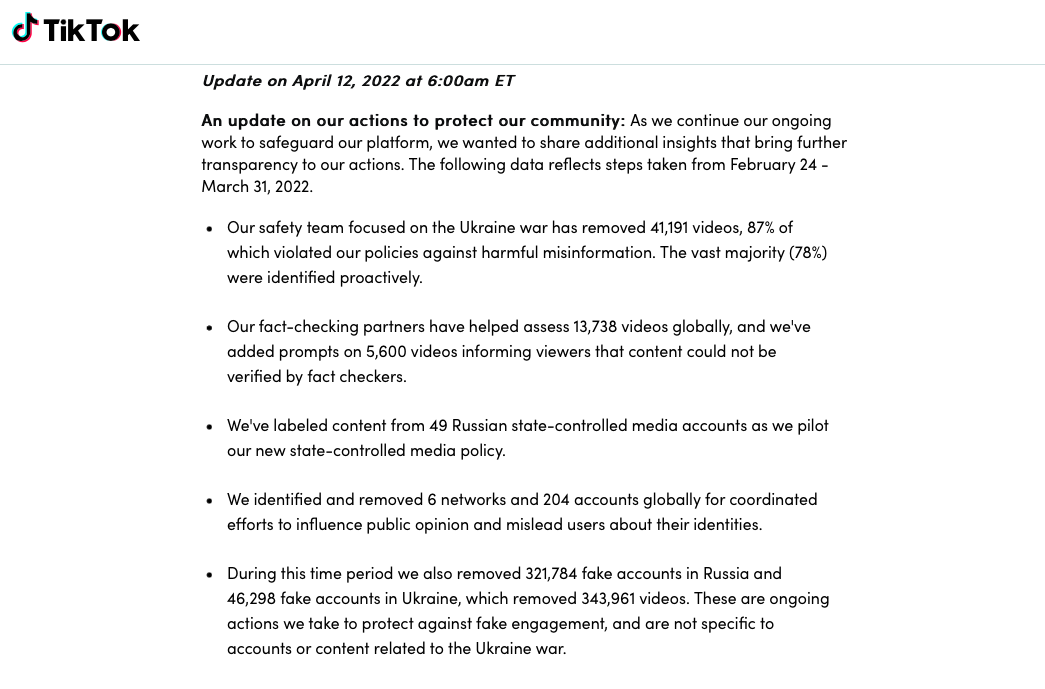 Despite the content takedowns TikTok mentions, the content that we accessed for our report remains available as of today, Wed 20 April.

At this moment in time, a truly free internet has never been more important. We are stepping up Tracking Exposed’s investigations and we invite collaborators, funders and volunteers to get in touch help us scale this important work.