TikTok is promoting content to users in Russia that it said it had banned following the outbreak of the Ukraine-Russia war, finds digital rights non-profit Tracking Exposed in a new report released August 10: Shadow-promotion: TikTok’s algorithmic recommendation of banned content in Russia.

TikTok - one of the last social media platforms still operating in Russia - is a crucial source of information to Russians locked in an ecosystem of state propaganda. In order to comply with the law introduced after Russia’s invasion of Ukraine that made criticism of war punishable by 15 years in prison, TikTok said it would ban new content on the platform starting March 6.

However, Tracking Exposed researchers found state controlled media, political and non-political content being promoted to Russian-based users, via the algorithmically-recommended For You page, even though it does not appear on the profiles of the users who posted it. The For You page is the main way users find content on TikTok.

Earlier this year TikTok was forced to admit that it had removed all historical international content from the platform at the same time as banning new content, after Tracking Exposed reported on March 15 2022 showed Russians could no longer see 95% of content previously available to them. Subsequently, the ban was inconsistently applied until March 26, but not before pro-war content and propaganda flourished on the platform - another Tracking Exposed report released April 22. In TikTok’s Community Guidelines Enforcement report - published June 30 but covering only until March 31 - the Chinese-owned social media giant confirmed the international content ban revealed in Tracking Exposed’s April report, but did not address other inconsistencies.

This time, Tracking Exposed’s investigation found that the content that TikTok said it had banned - international and new content from March 26 onwards - is instead being promoted algorithmically via the For You page.

Tracking Exposed researchers tested different ways of accessing different types of content using their free, open access software. They found content from international accounts and recent domestic content is available in Russia in direct contradiction of TikTok’s self-imposed ban, but only via the For You page after following the account that posted the content. The same content is not visible from the account’s profile page. 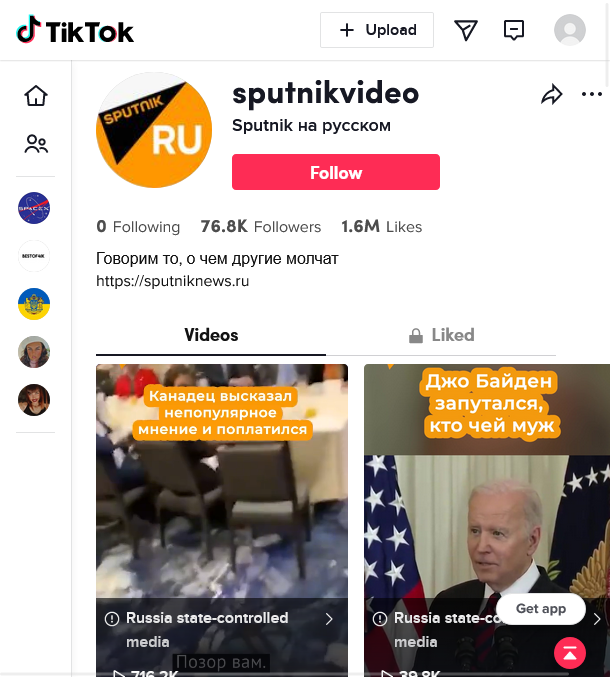 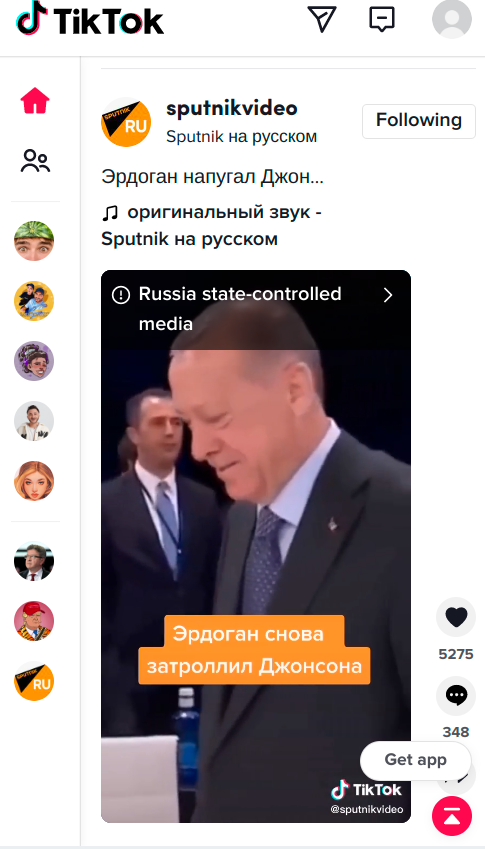 Additional tests performed by researchers on political and non political content inside and outside of Russia are available in the full report.

The Tracking Exposed researchers coined the term shadow-promotion to describe this previously unobserved phenomenon. Shadow-promotion is the algorithmic promotion of content that is supposed to be banned. (continues below…)

It is not clear why shadow-promotion is happening on TikTok in Russia, but this behavior was not present during Tracking Exposed investigations earlier this year, so researchers conclude TikTok started to shadow-promote content between May and July 2022.

Some accounts are not restricted

In addition to shadow-promoting, another key finding of this investigation released August 10 is that some accounts escape the ban entirely. Researchers tested a number of types of accounts and found that verified accounts posting mostly entertainment content are consistently available via the For You page and the account’s profile page. TikTok’s say new content should not appear on the platform in Russia in order to comply with the Russian “fake news law”.

TikTok is political: conclusive evidence calls for accountability and transparency

TikTok has historically been considered just a harmless app for dancing and entertaining videos. However, another recent Tracking Exposed report found that during the French 2022 election political content on TikTok was viewed more than a billion times, raising questions about its growing role in geopolitics and concern about its consistent lack of transparency.

This latest report into shadow-promotion calls for increased scrutiny and transparency for TikTok, especially over its role in Russia in light of the ongoing war in Ukraine. It also explains how TikTok’s transparency efforts fall short of the international standards set by the EU Digital Service Act and the upcoming EU AI Act.

While most of the public debate focuses on content moderation, it is the dynamics of algorithmic promotion and demotion which actually define what users can or can’t see.

The full report, Shadow-promotion: TikTok’s algorithmic recommendation of banned content in Russia contains detailed results and methodology, in addition to further quotes from the authors, images and linked sources.

Tracking Exposed’s infrastructure and methodologies have been validated in several peer-reviewed publications, and the works of the team have received coverage in major media outlets. Some of its reports have been cited in a United Nations report, a house testimony and a US Congress official letter to YouTube’s CEO. Tracking Exposed is also developing YouChoose.ai, an alternative recommendation system for YouTube which empowers users and content creators. (continues below…) Tracking Exposed was born in Italy and registered as a non profit in France. The organization is funded through various grants and foundations, including from the European Commission, the Mozilla Foundation and Reset.tech.